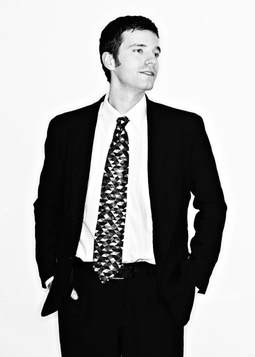 David Caldwell-Mason became RVBC's music director in June 2017. He began playing classical piano at the age of five under the direction of Hilda Shapiro. After discovering an affinity for jazz and improvised music in his teens, he received instruction from John Sauer and Dan Dobek. In addition to his growing presence on the jazz scene in upstate New York, he joined Larry Lewis' (of the Ohio Players) Solid Smoke.

After receiving his Associate of Arts degree from Simon's Rock College of Bard, he continued his education in the jazz program at William Paterson University, under the tutelage of Armen Donelian.

Over the course of a decade on the New York jazz scene, David has released two albums as a leader. He also appears on the North Carolina based Trachy/ Lacey Collective's debut offering "Lanky" and is featured on veteran tenor saxophonist Brian Patneaude's most recent release, "All Around Us." As a result of David's six year residency at Bethesda Baptist church in Jersey City, he has forged strong ties to gospel music in northern New Jersey and New York City and performs regularly at churches throughout the tri-state area.
​
David has performed with Darren Barret, Mark Guilianna, Tyshawn Sorey, Juris Teppich, Ari Hoenig, Linda Oh, and Gary Smulyan. He has performed at The Harvard Club, The UN, Tea Lounge, the Greenwich Village Bistro, and the Bitter End in New York, Duke University in North Carolina, The Kennedy Center in Washington DC, Charles Pointe in Bridgeport, West Virginia, and Club Palm, Club Evans, and the Uiwang City Hall in Seoul, South Korea.